The Young Actor Workspace is located in the heart of Los Angeles and is owned and operated by Lisa Picotte and David Kaufman. Between the two, they have starred or recurred in 8 network TV series and 9 animated series; starred and co-starred in over 20 features and MOW’s; guest-starred in over 50 prime-time series; and done over 100 commercials. They have won LA Weekly, Backstage West Garland, and Dramalogue Awards for their work in Los Angeles theatre, including West Coast Ensemble’s acclaimed productions of “Company” and “Merrily We Roll Along.”

Ms. Picotte studied at London’s Royal National Theatre, attended LACC Department of Theatre Arts and is a member of the Musical Theatre Guild. Mr. Kaufman attended UCLA’s Department of Theatre Arts, has been a member of the critically-acclaimed company West Coast Ensemble for 20 years, and has voiced a number of well-known animated characters, including Nickelodeon’s Danny Phantom, Jimmy Olsen in Superman: The Animated Series and Aldrin Pesky in Disney’s The Buzz on Maggie.

Both David and Lisa gained a love and passion for the art of acting as youngsters, both performing with award-winning children’s theatre groups while growing up in St. Louis, Missouri and Las Vegas, Nevada, respectively. They have been married since 1990 and are the parents of daughter Grace and son Henry.

Their creation of the Young Actor Workspace came out of love of children. Their success as actors makes passing on their knowledge and wisdom of the business and art of acting not only practical, but a joy. 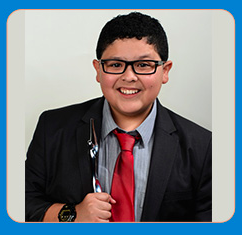 "I love going to Lisa's class. It is so much fun! I have learned so much!" 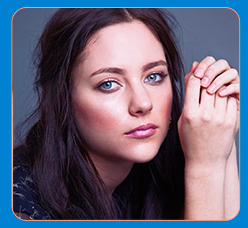 Lisa and David are the only coaches I have had since moving to LA. They are both professional actors who understand  what it takes to succeed."